NOTES FROM THE DIRECTOR

When Joan Schneider first came to me as a patient, I had no thought that I would ever be so intimately involved with her journey into dying. Joan was a colleague and a friend. We had known each other since she set up her chiropractic office in downtown Northampton, Mass. in the mid 1980’s. Our offices were just down the street from each other. As I am a naturopathic physician I occasionally shared patients with Joan, and I had been her patient from time to time.

When I heard that she had found a lump in her breast I was quite concerned. At first she decided to have a lumpectomy and when another appeared some months after, another lumpectomy. Deciding to ignore her surgeon’s recommendation that she have a mastectomy, she turned to an MD in New York who had a reputation for treating cancers with alternative methods. She believed in his approach even when, after a year on his treatments, the lump in her left breast did not appear to shrink. Joan came to me as a patient in late 1991 for another opinion, still believing the words of her physician that the cancer was actually dying off.

Examining her, I found a discreet lump in the left breast. She said that it seemed a little larger than it had been. I had my suspicions, but as I’m not skilled in such diagnoses I asked her to get another opinion from an oncologist. She said that she trusted her doctor and that was that. I asked her to come back in a few months. In retrospect, I think that her decision not to seek other opinions was a mix of wanting to believe in the therapy and the "expertise" of the doctor, and of fear – of confronting the truth of the situation and of living without breasts. Her choices were certainly not easy for her.

On her second visit to me a few months later it seemed that the lump had grown and had attached itself to the breast bone. At this point I, together with a few other friends, implored her to get another opinion from an oncologic surgeon. Finally, Joan agreed and when the surgeon opened her up she found that the cancer had spread all over the inside chest wall.

At this point, I began videotaping her. I secretly feared that Joan would never be free of cancer again and that her remaining years were few. Having had a professional background in still photography, archival photography and a recent interest in documentary video, I wanted my filming to be a gift for her relatives and friends–and as a way of remembering her spunky, positive, vibrant spirit. Joan was totally open to my wishes –as she was for so many others who drew around her in her last years. So, periodically, from 1993 until January 5, 1995 (the day she died) I visited her at her house and held informal interviews mainly with her alone, and occasionally while her friends were there. In retrospect, I think filming more of her day to day life and interactions with friends would have revealed deeper levels of subtlety to her struggles, her searching, her agonies, her spiritual breakthroughs and her acceptance.

After the first few taping sessions Joan began to feel that maybe there was another future for these documents of her journey. "I would be very glad for you to share whatever we do together with others,–anyone who might benefit from my personal journey to find healing in the midst of all this…" I consented to give it a try. At first I wasn’t sure what I wanted to do with this footage, and as we continued to film over the following months I began to question my actual motives in working with Joan. Over the next few years, as I continued to edit the footage it became clearer that I had never been so close to someone who was actively dying and that I had wanted her to be my teacher, my trailblazer in this fearful and challenging landscape of facing one’s mortality and death. She had stood erect, facing the mysteries of death and dying fiercely, yet compassionately, a true warrior. I am most grateful for her warriorship. As we worked together in the last months before her death there was a strong unity of vision: brother and sister determined to tell the story as it was.

Why did Joan seem to attract old and new friends around her as she was dying? I believe it was because of her intention to die conscously and well in the face of her mortality. She was often radiant and purposeful. I believe Joan served as a model for many of us– we could face our own dying with courage, with acceptance, with peace, with humor – even in the midst of her struggle to live! I feel people are instinctively attracted to wisdom -it is food for souls. As she had somewhat separated from her biological family over the years (except for a few sisters, brothers, nieces, etc), her support network consisted of friends and helpers. This looseknit group grew, rather than diminished toward the end of her life as Joan grew wiser from her ordeal. As her body withered, her spirit soared.

Joan left her body peacefully at the end, surrounded by friends and a few family members. There were few tears. There was sadness and questioning, of course. But there was also a quiet, palpable sense that we were standing in profound awe of the presence of a sacred mystery. Something so deeply important to each of us, something vital brought close, as if food for the starving. The preciousness of truly knowing the ephemeral nature of our lives... Savoring the density of the moment, we knew that, in time, Joan's inner work would come to bless us on our journeys... 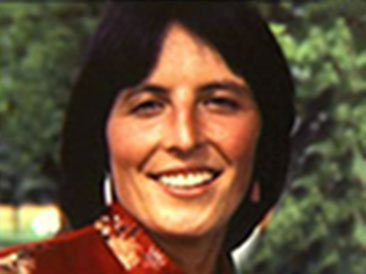 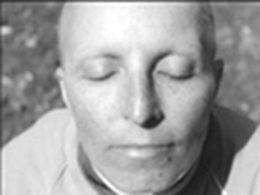 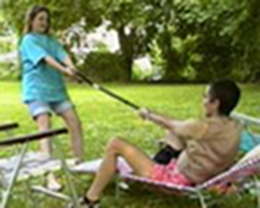 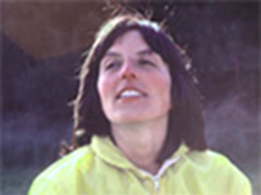 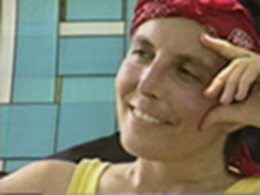 RANDOM NOTES ABOUT THE PRODUCTION

It was my intention to bypass the mind as much as possible and to ignite recognition in the viewer's Soul. I believe the Soul knows. It does not need to be taught, but only offered that which is liberated from ideas and thoughts. The Soul quickens when the mind is allowed to take a subservient role to the innate knowing of the heart. By telling the story in Walking at the Edge factually, faithfully and without embellishment or instruction, I believe each viewer is served more respectfully.

In the editing process, I tried to simply let the story tell itself. There was no "paper edit" and no script for this film. Life itself is the script. Nearly all editing decisions arose from the "urgency" of the previous scenes. The emotions and content of the material itself called forth the next shots.

I intentionally carried out all of the interviews of Joan and her friends while operating the camera. It is my intention that the presence of the camera in this film should act as surrogate for the viewer. In most documentary interviews the subject speaks and fixes his/her gaze out of the frame, talking to a third person, the interviewer. This makes the viewer / camera play the role of unacknowledged vicarious observer. I believe by speaking directly to the cameraperson / camera, an honest, intimate and engaging relationship with the viewer is more possible. Everyone present is acknowledged.

Most of the 30+ hours of footage used in Walking at the Edge were originally shot on Hi-8 videotape and transferred for editing and storage purposes onto Betacam SP. Offline and online editing were done over a 5 year period on a Media 100 non-linear editor.

THANKS: This film would not be possible without the openness and graciousness of Joan Schneider, especially during the last years of her life. It would also not be possible without the generosity of her many friends and those of the filmmaker. And I am grateful to Greg Davis, Rikk Desgres and Trish Reidy for their vital editing help and brilliant suggestions along the challenging road to completion of this film. Endless blessings to all.